In this post you will find all the information ⭐ about the manga Black Clover chapter 336 ⭐ From the release date, spoilers, summary and leaks images.

Black Clover manga 336 will be released this September 2 on capitulo.tvymanga.com. Below are the spoilers.


Chapter starts with Yuno meeting up with the captains
Everyone is really sad
Yami has a pissed off/angry expression. Also, he has smoked like a dozen cigarettes.
Nacht pull up (with new drip). He explains his magic allows him to move between shadows of anything, but he can’t sense Asta’s shadows. Implying he’s either too far to reach or dead (interestingly enough, Nacht was shown to be able to move from spade nation to clover via the same magic, so Asta has to be at least further from spade)
Yuno explains that, during their fight with Lucifero there was another supreme devil [Adra] who was observing everything. It seems he also had a horde of high-ranking devils working under him (that’s why only low and mid ranks were shown during spade raid finale)
Lucifero was apparently just a diversion and Adra was a runaway. It seems the high-ranking devils were sent by Lucius too. The horde of high ranked devils can somehow link the underworld to the mortal world (explains how Lucius can move from underworld to mortal world)
We get a little flashback from Yuno’s POV and how he thought Asta was the one always ahead of him.
Scene shifts to Lucius, who is sitting on a throne somewhere, 4 people can be seen standing next to him, Damnatio is a paladin now and Adra has come to talk with Lucius he is surprised that Yuno got THAT strong in 1 year (+ 3 months). He can now take on high-ranking devils.
Lucius says they’re in the endgame now. Only 1 out of 10s of 1000s timelines he foresaw will end in the good guys’ favor.
Lucius says the key to their victory is gonna be the one who carries 2 grimoires, a special existence, heir of the spade throne, the one who hosts the spirit of elven leader and the gifted chosen by sylph, Yuno.
Lucius says for the sake of this world, he’ll crush Yuno grinberryall
Yuno says he’ll defeat Lucius and become the wizard king
Scene shits to a heavily injured Asta on a beach.
A new person appears? Dwarves? Yami’s homeland? 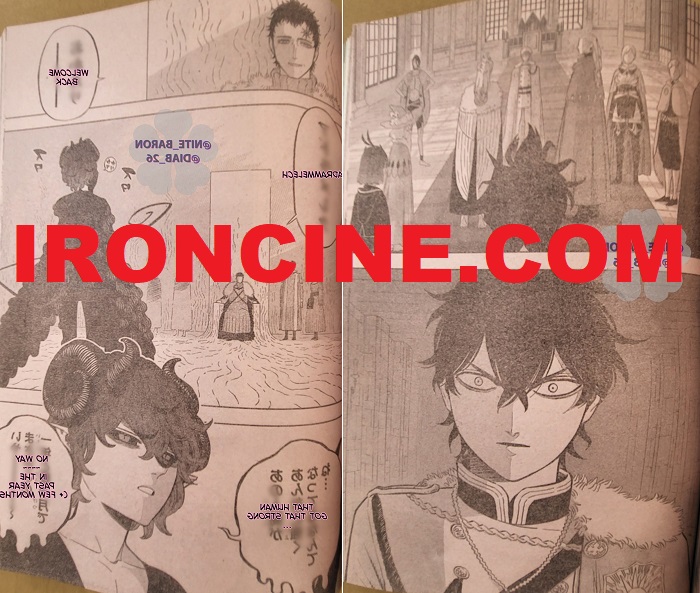 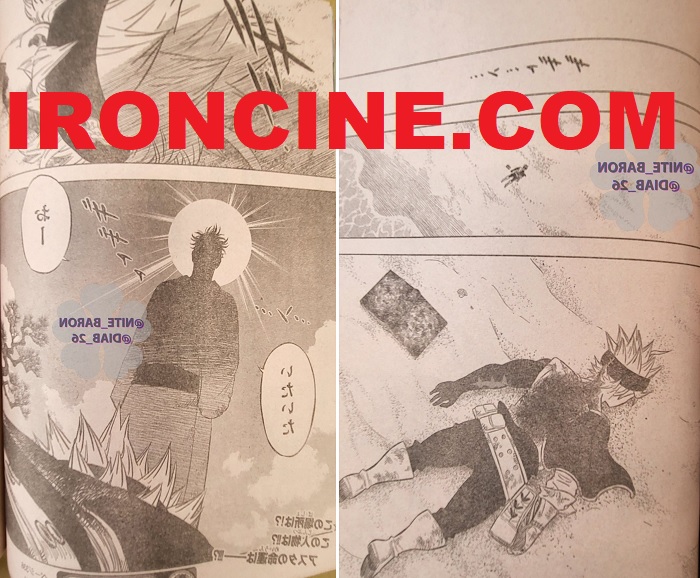