In this post you will find all the information ⭐ about the manga Four Knights of the Apocalypse chapter 90 ⭐ From the release date, spoilers, summary and leaks images.

Mokushiroku no Yonkishi manga 90 will be released this January 11 on mangaomega.com. The spoilers are bellow.

– Arthur confirms that Guinevere is his fiancée.
– Guinevere says that Ironside will die in her son’s arms crying and vomiting blood.
– Guinevere appears and sees Arthur with Merlin and asks «Am I interrupting?».
– Ironside was disturbed by what Guinevere said, walks to a house and enters it humming as he takes off his armor and says «I’m home!»
– A child runs up to Ironside saying «daddy you’re back».
– The boy starts coughing after a short while and Ironside tells him not to strain or he will get sick, but the boy says he is fine.
– Ironside tells him that as long as he stays in this kingdom nothing will happen to him.
– The boy asks if his father has already eliminated the knights of the apocalypse.
– Ironside says «Rest assured that I will not allow them to destroy the eternal kingdom, and I will protect you to the end. My dear son, Diodra.» 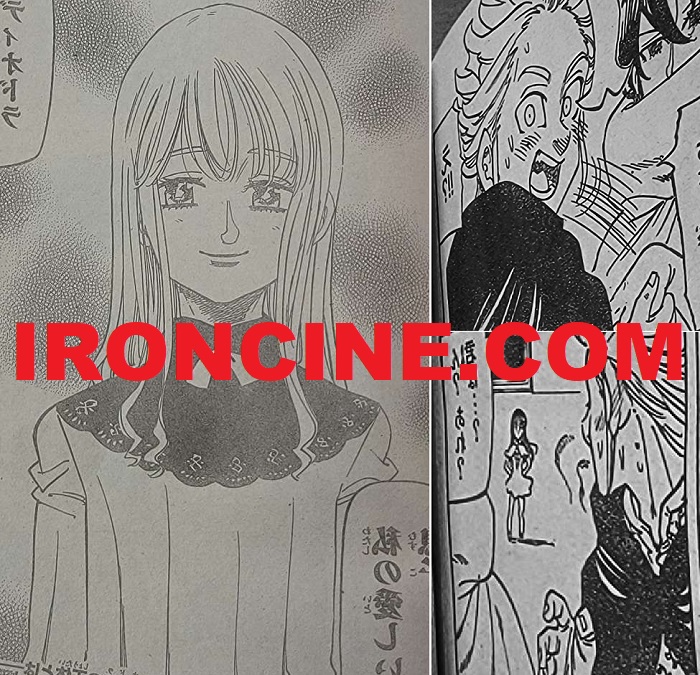