Hajime no Ippo 1338 manga will be released on April 25 on capitulo.tvymanga.com – Bellow are the spoilers.

Keith followed up with a left uppercut and a straight right… but Takamura brushed the right away. Takamura took that opportunity to dash. However…
Takamura: “(Tsk. I don’t know about this.)”
Not wanting to get too close, Keith hits a series of lefts. Takamura ducks under it and lands a straight left.
Keith “~!”
He managed to dodge, but Takamura was persistent in his pursuit.
Shinoda: “Oh yeah! A foot injury!”
Yagi said, “If he keep moving like this, we’ll definitely see the effects…”
Kamogawa: “No. he’s in good shape and feel stronger than usual. You’re right… it’s too strong.”
Takamura is looking to break Keith’s guard.

Kamogawa: “With his physical strength reduced by weight loss, two minutes is the limit for moving at maximum speed. Without that limit, he is applying pressure while maintaining his speed and destructive power. Takamura’s potential is blossoming! He is free from his weight loss and is moving!”
Shinoda “(That’s what’s so strange.)”
Yagi: “(True!)”
Ippo “(Yes!)” 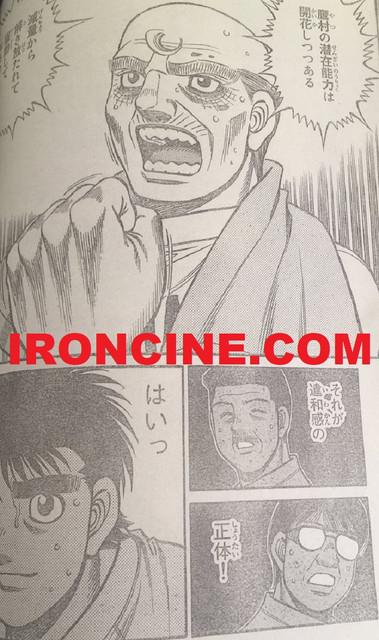