Jujutsu Kaisen manga 158 raw, Jujutsu Kaisen 158 reddit, Jujutsu Kaisen 158 release date, read Jujutsu Kaisen chapter 158 online free.
New Character Revealed, Kashimo Hajime! who is looking for Sukuna. Kashimo Hajime and Higuruma Hiromi are the only ones with more than 100 points in the Culling Game right now, and they’re in different barriers.
Kashimo Hajime is the one who just added a new rule, now they have the ability to ask for player’s names, points, the number of times they used their points to add rules, and where they are.
Kashimo Hajime is in Tokyo barrier no. 2, and Higuruma Hiromi in Tokyo barrier no. 1. Panda mentions that Yuta went to Miyagi.
The chat that Megumi, Yuji, and Panda are having with Hakari and Kirara is happening the day before Maki destroys the Zenin clan.
the games have been going for a few days, But no specific number was given, it’s implied that it’s in a short period because Kashimo killed 40 people in a short time which is a lot.
Megumi’s plan is to add a rule that allows player points to be transferred (so that they won’t have to kill people to survive) And then to add another rule that allows people to leave the game.
Megumi and the others’ motivations have changed, to look for the angel to break Gojo out, as well as to hunt both Kashimo and Higuruma for their points.
The last page of the chapter, shows both Kashimo and Higuruma. Higuruma Hiromi is wearing a suit and holding a Gavel. 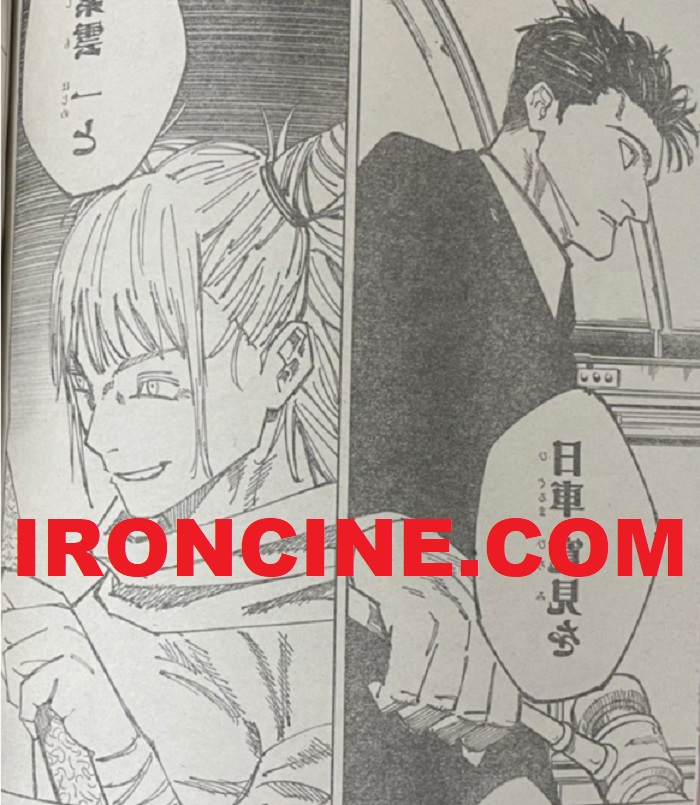