Jujutsu Kaisen manga 159 raw, Jujutsu Kaisen 159 reddit, Jujutsu Kaisen 159 release date, read Jujutsu Kaisen chapter 159 online free.
Flashback chapter. Looking into Higuruma Hiromi’s past, we see that he is a lawyer. Although 99.9% of Japan’s trials end with guilty verdicts, he usually tried to seriously investigate cases when he legitimately thought the defendant was innocent, which his coworkers thought it was strange of him, as it usually ends with his clients resenting him for still failing to prove them innocent.

In a conversation with a coworker, he says that he’s not actually trying to save the weak or anything like that, he’s mainly trying to open his own eyes so he can accept all of it. In the middle of the chapter, he gets a Not Guilty verdict, but he predicts that the prosecution will appeal to it soon enough, and turns out he’s right. It’s implied that matter what evidence he could show, there was never any chance of this ending with anything other than the defendant being declared guilty.

As the trial is ending, Higuruma starts slamming his own desk with a judge mallet, getting the attention of everyone around him. “Everyone, back to your seats. We’re starting this over.” Behind him appears a black figure with balance scales for arms, and a white face with the eyes stitched. The chapter ends declaring that Higuruma Hiromi is a player in the culling game. 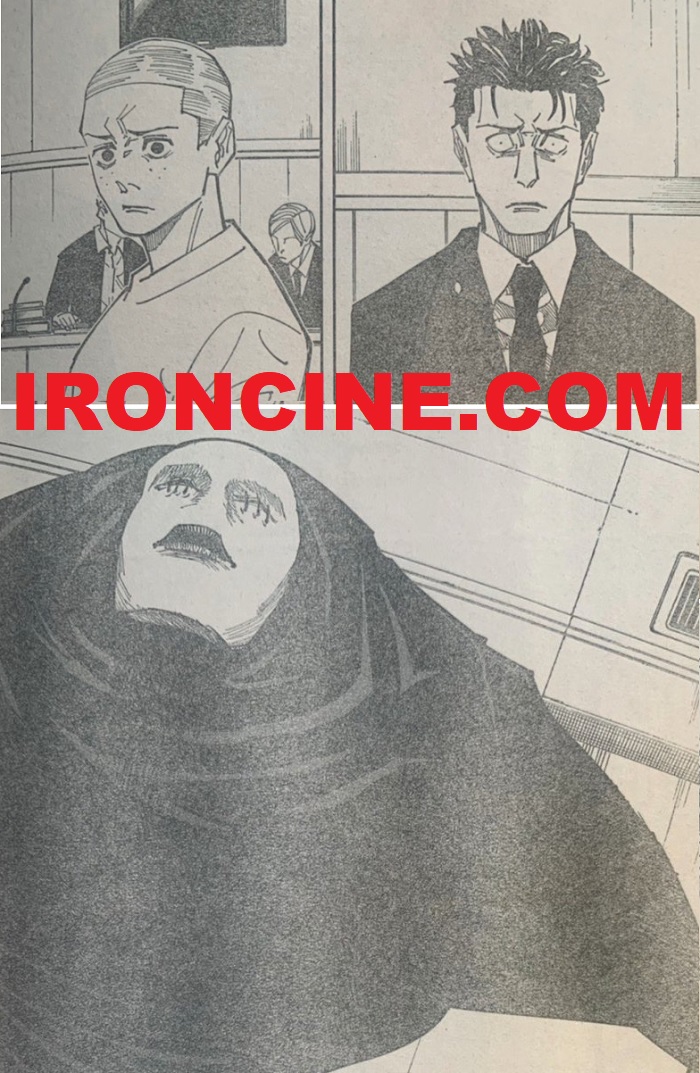