In this post you will find all the information ⭐ about the manga Jujutsu Kaisen chapter 198 ⭐ From the release date, spoilers, summary and leaks images.

Jujutsu Kaisen manga 198 will be released this September 23 on capitulo.tvymanga.com. spoilers are bellow.


Title: Sakurajima Colony, Part 8.
Editor’s note on the first page of the chapter: Naoya’s stubbornness blossoms!!!!
Naoya traps the two men in his «imperial time pod palace» from the Dominion Expanse. they are hit by the camera movies, but feel nothing wrong and decide to attack.
Naoya explains his technique while dealing with Miyo and the katana guy, cutting off the samurai’s sword arm, but then is frustrated that he can’t feel Maki’s presence.
Naoya’s Domain Expansion causes everything he touches to stop for a second and once the person starts moving, the cells begin to misalign.
However, because Maki has no cursed energy, unless it is used as the outer layer of the Domain (as seen in Megumi’s fight in Tokyo) or entered voluntarily, it cannot be brought into the domain.
Maki stabs him in the chest with the sword Mai created, having a brief conversation with Mai about having done a good job of destroying and now fully understanding how to use the sword.
Naoya gets angry, transforms back into monster form and tries to attack Maki, but she cuts him in half and emerges as an image similar to Toji. The sure hit ability could not hit Maki as it could not recognize her that she had no cursed energy. 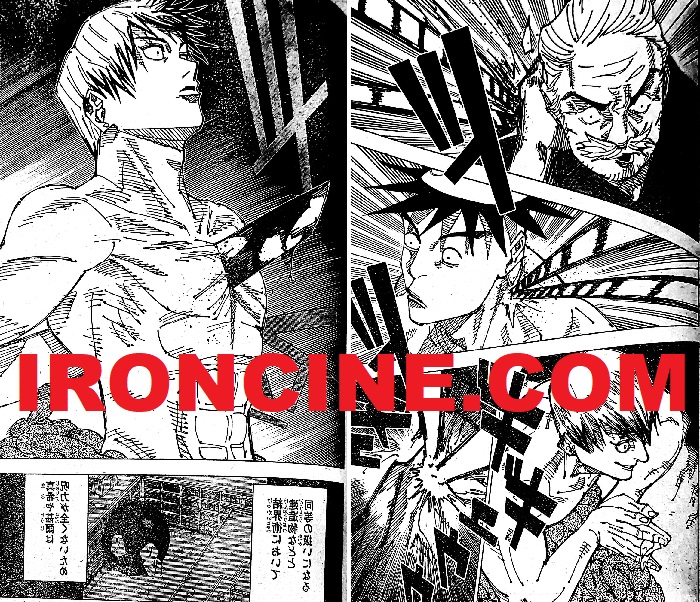 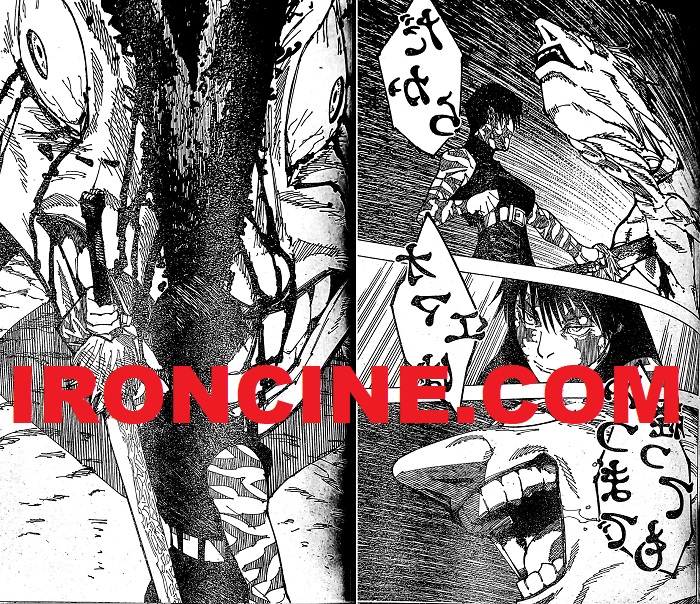