In this post you will find all the information ⭐ about the manga Jujutsu Kaisen chapter 200 ⭐ From the release date, spoilers, summary and leaks images.

Jujutsu Kaisen manga 200 will be released this October 7 on capitulo.tvymanga.com. Bellow are the spoilers.


Yuji lies about not feeling comfortable and asks Kuroso to take over the sofa for him. Megumi noticed that Yuji was acting strangely. Yuji tries to tell Megumi with a lot of gestures that “the Fallen» is Sukuna

The Angel revealed the number of players in the colonies from Kogani, and the number is 807 players

Yuji tries to tell Megumi, through gestures, that Sukuna is the Fallen

Yuuji: I’ll kill myself. Half of Sukuna will be gone, and Gojo-sensei will come back… That’s super cheap. Megumi: The problem right now is Itadori will willingly kill himself!! Angel (hand-mouth): Peculiar.

Kinjaku and Uraume meets with prominent American personalities (the president, etc.) He offered them a recording of Gojo and the others (edited to make Gojo and the others evil?) He gave them glasses like the ones Maki had previously worn so that they could see the curses in the video. He’s saying only Japanese people can do this and that they should capture them.

A scientist explains that CE is just like resources that produce power & it could turn out to be one of the biggest resource in human history. At the end President understands that Kenjaku wants to use his authority to abduct Japanese people as research samples. 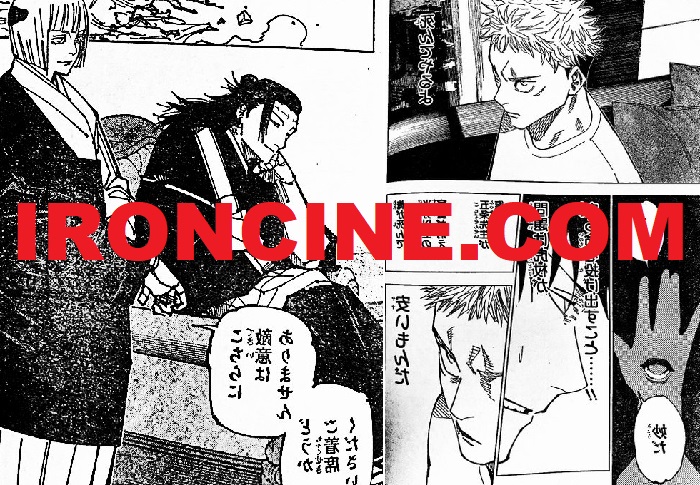 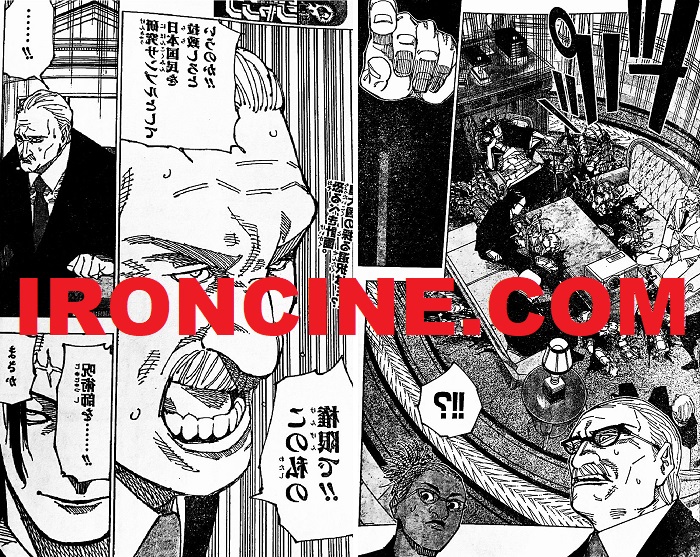