In this post you will find all the information ⭐ about the manga My Hero Academia chapter 365 ⭐ From the release date, spoilers, summary and leaks images.

My Hero Academia manga 365 will be released this September 2 on capitulo.tvymanga.com. Below are the spoilers.


The chapter starts with a narration talking about Edgeshot’s quirk, saying that his ultimate move allows his body to become as thin as a spider’s web. He is dissolving and going inside Bakugou’s chest, and uses one of the bubbles Wash gave him to sanitize his body. He says that Jeanist has sewn up some parts, but others have escaped his grasp. And the lung was also damaged, so Edgeshot will make sure that all the wounds are sutured and then make sure that the heart starts beating again from the inside. He hopes that Jeanist and Mirko will find a way to hold TomurAFO, because if Bakugou takes any more damage there will be nothing they can do. The narration says that, besides being very difficult to control, this technique consumes the user’s life time considerably. TomurAFO asks what they are doing, because he has already broken that toy. In mid-sentence his pronoun changes from boku (AFO) to ore (Shigaraki), as he remembers the time he told the doctor that he would destroy everything, in the beginning of My Villain Academia.

Veins start popping out on his forehead and he jumps towards Bakugou, enraged. But before he can do anything, Mirko jumps in front of him and hits him with a kick! He bites her arm with one of his hand-mouths and asks if she wants to be crushed that badly. But this makes Mirko even angrier and causes her to rip off her own right arm and kicking Shigaraki again. That kick did real damage to Shigaraki and he doesn’t understand why, since he should be in a perfect state. Then he remembers the hits Bakugou landed earlier and thinks «No. It can’t be…

Jeanist catches Mirko in mid-air with his cables, placing her closer to Shigaraki and helping her to run on all fours without both arms and with only one leg. She screams «how nice you are, king of demons!!»

Shigaraki is about to land a blow on her, but Mirio suddenly appear through the sea of hands and puts his hands on Shiggy’s face, blocking his vision. Shigaraki changes the direction of the hands to hit Mirio, but it’s useless. Mirko asks where he’s looking at and says that people only die when their time comes for good, the same line she said to the nomus in the lab. TomurAFO still can’t understand why Bakugou’s attacks did lasting damage. That’s when it finally dawns on him: that uneasiness he was feeling while facing the boy was fear, he was feeling threatened. Mirko remembers Edgeshot telling her to struggle and says that if she is asked to do something she will do it flawlessly, so that in the end she can die without any regrets. She then hits Shigaraki with several blows in a row, a move she calls Luna Rush!

Shigaraki looks at everyone and memories begin to flood his mind. He doesn’t understand why they are trying so hard to save someone who is already broken, when, as a child, he was alive and no one reached out a hand to him. We see panels showing all the members of his family, and on the last page they all begin to rise from the sea of hands, as if they were meat puppets. End of chapter. 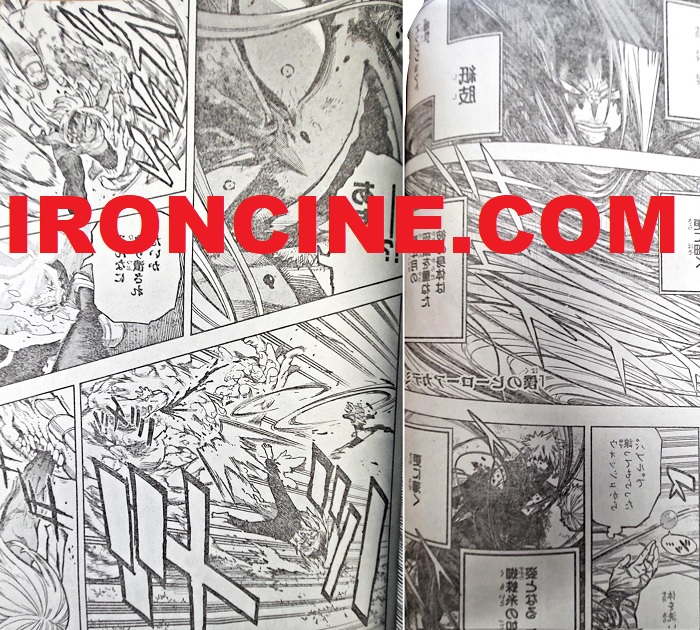 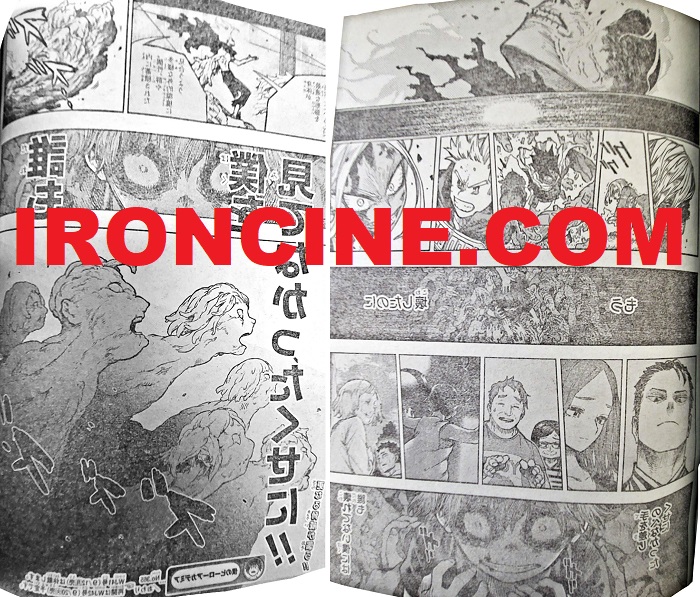