In this post you will find all the information ⭐ about the manga My Hero Academia chapter 366 ⭐ From the release date, spoilers, summary and leaks images.

My Hero Academia manga 366 will be released this September 16 on capitulo.tvymanga.com. Spoilers will be posted here on September 15.


The chapter begins with a narration for Tomura’s body, that it will always seek an ideal form. So after being overcome by the heroes, the stress from the damages made him turn his family members’ bodies into fists. He then hits Mirko with a SMASH, sending her flying.
Mirio shouts her name, but an attack comes at him right away. He dodges and Nejire tries to strike back, which causes Shigaraki to hit her with rubble. He turns his back on Mirio and says that he already knows that he poses no threat, which frustrates Lemillion even more
TomurAFO goes towards Jeanist and tells him not to fix what is broken. Jeanist prepares to trap him in a cage of wires, with Mirio using the chance to attack. But TomurAFO destroys them as if they were nothing. Tamaki, Nejire and Mirko are on the ground, all seems lost.
Mirio begins to wonder if this is really the promised future that Sir foresaw. Suddenly, Mandalay begins to transmit a mysterious message, asking them to open the barrier and hold TomurAFO for two seconds. But they know that 2 seconds is more than what they can buy
Mirio thinks of several alternatives, but none would work. It is then that he remembers Sir’s words: «A world without smiles humor has no bright future. Which leads to his final move – «THE PEACH IS RIPE!!!», he shouts as he shows his ass coming out of the ground.
Shigaraki is visibly confused, but can’t help but let out a little laugh. It’s at this point that DEKU ARRIVES FROM THE SKY, TOGETHER WITH THE JETS FROM STAR AND STRIPE’S FRIENDS, AND HITS A SMASH ON SHIGARAKI! END OF CHAPTER!!! 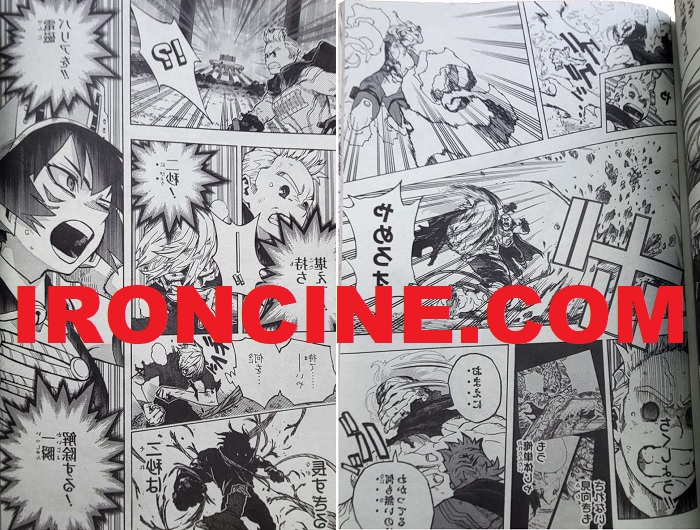 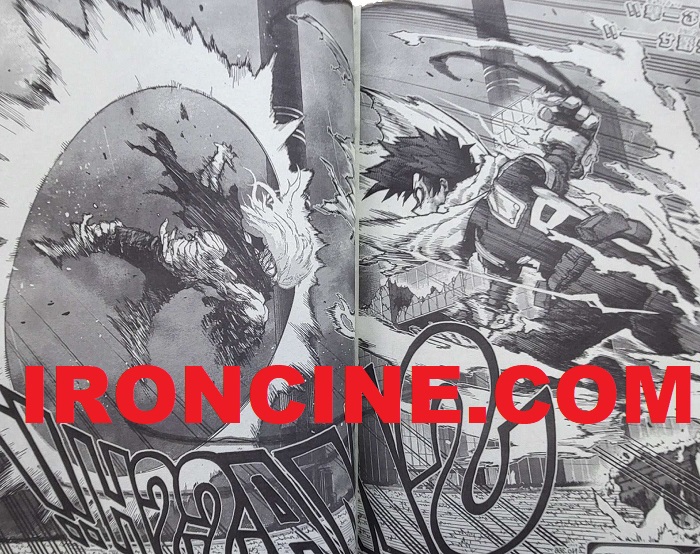