In this post you will find all the information ⭐ about the manga My Hero Academia chapter 367 ⭐ From the release date, spoilers, summary and leaks images.

My Hero Academia manga 367 will be released this September 23 on capitulo.tvymanga.com. Spoilers are bellow.


Chapter 367: Deku vs. AFO
The chapter begins with the jets finding Deku in the middle of the ocean. They tell him that the school bus is here and he hangs onto them with Black Whip. The leader of the pilots says that although they should be monitoring U.A, they decided to bet on Deku

He says that their little sister has bet on the future of the new generation and that it is up to him to defeat the greatest villain. Back to the present and Deku lands a kick on TomurAFO. Mirio smiles at seeing him there and TomurAFO realizes that Deku’s stronger now.

Noticing the energy coming out of Deku’s body, he remembers the third OFA user. Shigaraki’s sent flying and hits the barrier. Deku goes to apologize to everyone, and that’s when he sees everyone’s condition.

TomurAFO says that he’s too late and asks if he’s not going to make any excuses, like «there’s no way I could have gotten here faster». Deku looks at Bakugou again and rage takes over: his eyes become monstrous and Black Whip comes out, like in the last war 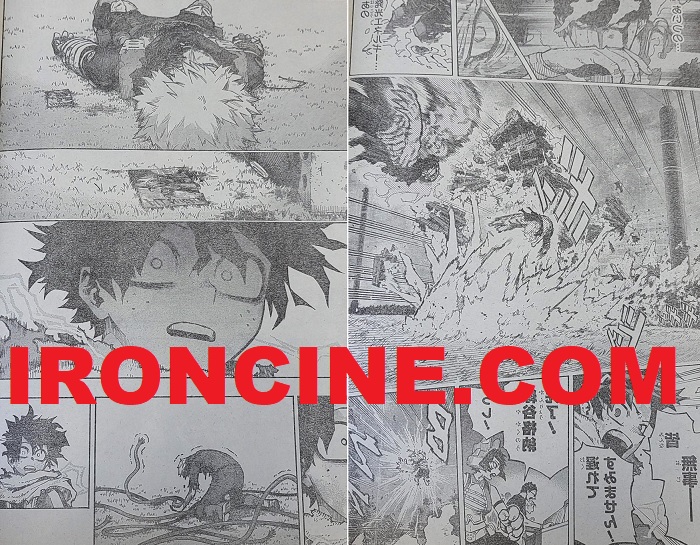 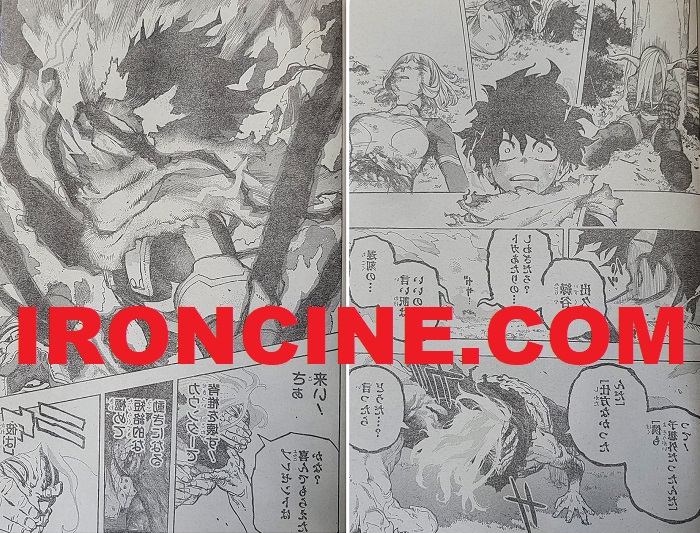