In this post you will find all the information ⭐ about the manga My Hero Academia chapter 371 ⭐ From the release date, spoilers, summary and leaks images.

My Hero Academia manga 371 will be released this October 28 on capitulo.tvymanga.com. The Spoilers will be published on October 27.


The chapter begins with Spinner about what Shoji asked regarding the hospital, still very confused. Koda hears his friend’s voice and some mutants comment on the scar he has on his mouth. But this doesn’t shake their determination and they continue to cheer for Spinner.
However, all Spinner can say in response is «no idea». The mutants are confused, but the PLF general manages to make it sound like he’s commenting on the massacres. They accept the explanation and continue fighting.
Shoji tells Spinner that this attack will set their cause back by 30 years. Spinner gets angry and we see a brief flashback of AFO giving him quirk, such as Rigidity and Scale Armor. And between these memories he remembers Shigaraki, saying that he also used to play LOL.
That’s when Spinner regains his composure and attacks Shouji back while huge scales come out of his body. The strike sends Shoji flying and Koda shouts his name. He then starts thinking about the day when Shoji showed his face to the class and talked about his past.
He lived in a small village and his parents’ arms weren’t like his, so he was the only one considered «tainted blood». He says that Tokoyami and Koda, who grew up in big cities, may think that things like these are in the past, but violent people like this still exist.
Mineta remembers when he called him an octopus, way back in the first quirk test. He apologizes, but Shoji says that his hero name is «Tentacole» and that he himself watches stuff like «ranking of the heroes who looks like villains,» so he’s not bothered by it.
He says that these scars and the fact that he is a mutant give off a certain image, so he wears the mask so that people don’t think he’s «vengeful». Tokoyami says that he’s strong for putting up with all this.
Shoji replies that he just can’t forget all the bad things that have happened but, instead of thinking about that, he prefers to focus on the one time he was glad to have this body. We then see a flashback of him saving a little girl from drowning using one of his arms.
Kirishima, Mina and Kaminari start crying because this is his only happy memory and jump into a hug, saying that they will create many more from now on. Koda, Tsuyu and Mineta also approach him and Shoji hugs them all.
Shoji smiles from his friends’ kindness and says that while he doesn’t think centuries of prejudice will be over in their generation, he’ll continue the efforts of those who came before him. He’ll become the coolest hero and pass this «good memory» to the next generation.
Cut back to the present and Shoji shouts that he too has suffered violence and that the attacks on them will never be justified. But he says that there has to be another way and remembers the giant civilian saying that she was kicked out from shelters for being a mutant.
Spinner screams out of control, saying that he doesn’t care about any of this. Shoji says that they need to think about how to use their anger, because they know how it feels to be hurt. The PLF general tries to interrupt, but Koda sends several birds in his direction.
He tells him not to laugh at Shoji and we see that his appearance has changed, there are more spikes coming out of his head. Shoji grows several eyes on his arms and twists them, preparing to attack. Spinner calls him gross and he says «Yep. And that’s me.» 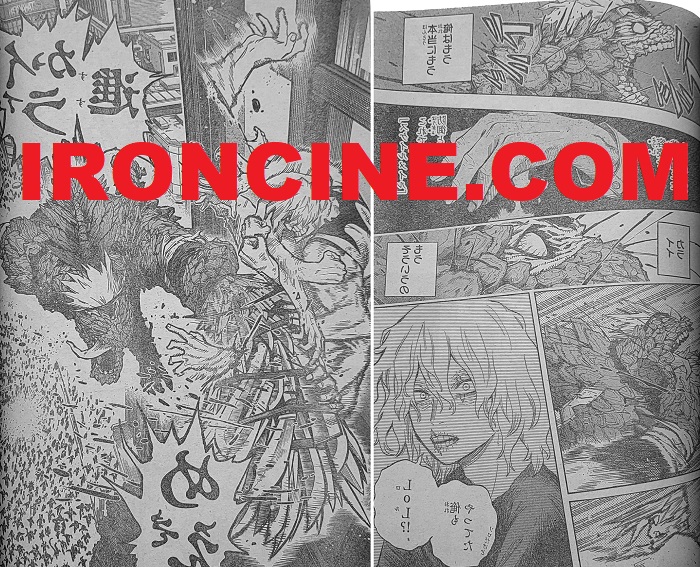 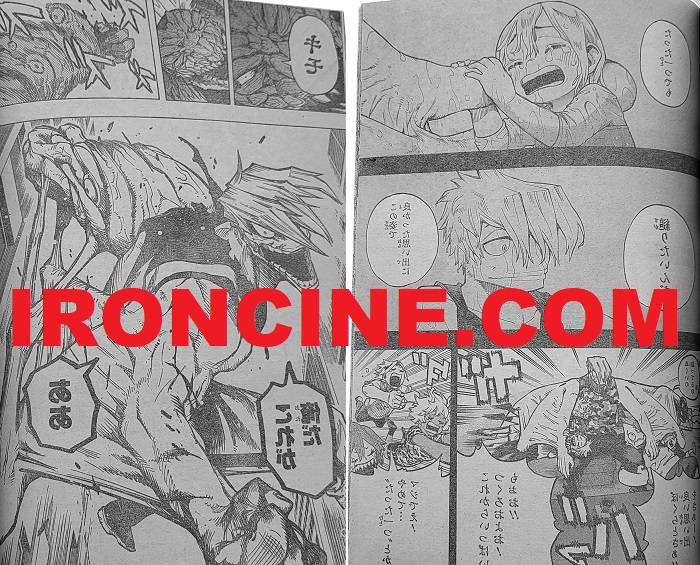