In this post you will find all the information about the manga Jujutsu Kaisen chapter 195. 👉 From the release date, spoilers, summary and leaks images.

Jujutsu Kaisen manga 195 will be released this August 26 on capitulo.tvymanga.com. Below are the spoilers.


A small fashback of November 2nd.
The man with the Katana is from Sakurajima and the Sumo guy is from Miyazaki.
Maki also joins the fight and cuts off Naoya’s arm who was about to hit Kamo .
The Katana man yells at Maki asking for his sword once he saw it. Maki hands the sword to Mai and just as he gives it up, everyone feels immense pressure.
The man with the Katana was famous for his skill with the sword. It was not the power of the spell that pressured the four of them, but the overwhelming murderous intent that arose when he picked up the sword.
The Katana man easily cuts Naoya with Maki’s sword and says something due to which Maki has a moment of enlightenment (Remember Toji Zombie).
At the end of the chapter, the sumo man begins his move. 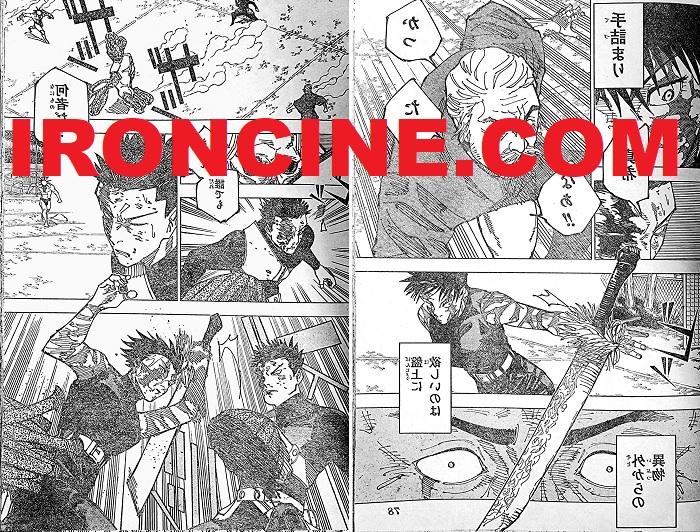 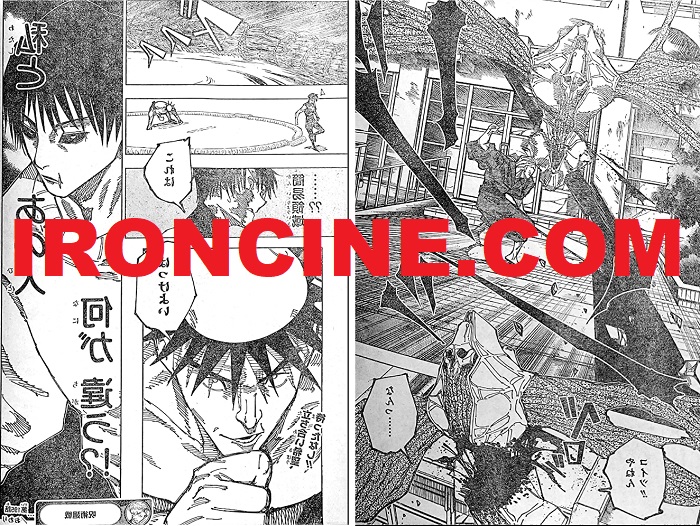