In this post you will find all the information ⭐ about the manga Jujutsu Kaisen chapter 196 ⭐ From the release date, spoilers, summary and leaks images.

Jujutsu Kaisen manga 196 will be released this September 2 on capitulo.tvymanga.com. Below are the spoilers.


Editor’s note on the first page of the chapter: Miyo, who had trespassed during the height of the battle with cursed Naoya.
His only objective; is sumo!
Miyo 64’s simple domain is straightforward; a domain that is purely for sumo and sumo only.
All elements (including cursed energy) are erased, leaving only the sumo battlers.
Currently in the ring, are Miyo and Maki
«Relax, lady. Come have a round of sumo with me!»
The domain will not be completed if both sides, do not agree to a match.
Maki has not yet agreed, so the domain is not fully formed.
«Alright then, I’ll take you up on the offer.»
Then Maki agrees to the sumo face-off. Noritoshi is shaken by Maki’s choice.
«What are you thinking about?!»
Maki looks back at him. «I’m overthinking. Let me blow off some steam.»
She falls down into an initial crouch.
«What am I missing, what am I not seeing?!»
She comes at Miyo savagely, to Miyo’s surprise. They maneuver around, and Miyo slams Maki down.
«Sumo’s the best!!! But lady, that’s not your best, is it. When we took off, I knew it. If I were to intercept you from the front, I would be devoured.»
Miyo then faces Maki.
«Tell me. I’ll listen. Why can’t you focus.»
To Maki, there is nobody she sees as a teacher (instructor, master). To be strong, she worked herself, never even thinking of relying on someone.
But for some reason, she ends up telling Miyo her worries.
Miyo nods in understanding. «I get it. Stand, lady, and battle me again. I have no other way of teaching, only through sumo I can impart this knowledge.»
Miyo lectures Maki while fighting sumo.
«You’re too caught up with partners, curses, in short, you’re thinking too much of the humans.»
«But isn’t that what sumo is?»
«Inside the wrestling ring, meeting the opponent head to head, in other words, communication. But that opponent is ‘born’ outside the ring.»
«To brood, to think carefully on the humans inside the ring, you have to leave the ring. But that’s not actually possible though.»
A deep lecture about the meaning of facing the wrestling ring, being able to smell the sunlight, hear the sound, and feel the body of the opponent as if it were your own.
That is what is considered…..freedom.
Miyo then challenges Maki to a final battle. Maki breaks out from the simple domain, with a grin on her face.
«I’m in tip-top condition!» 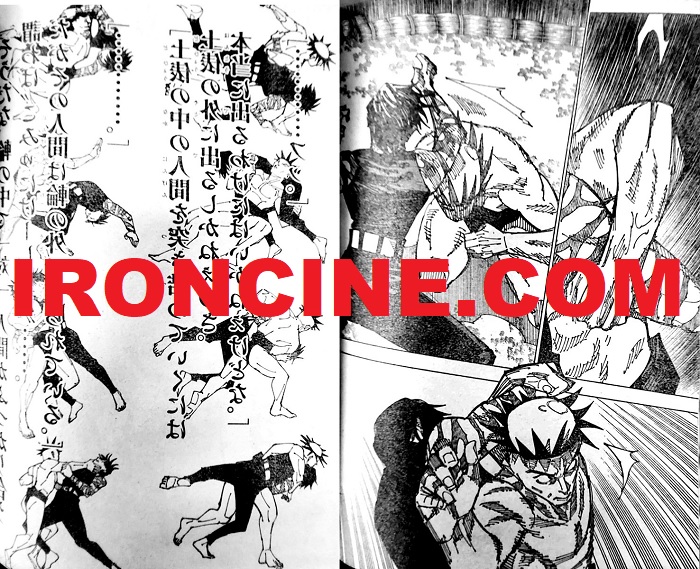 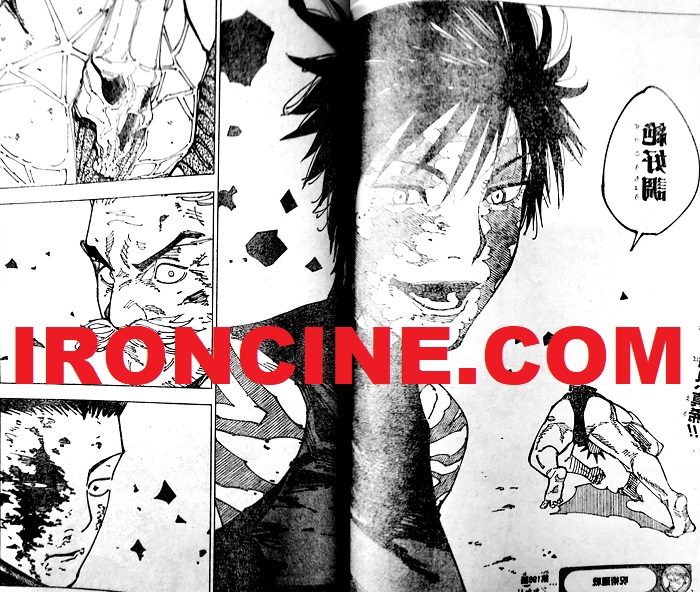